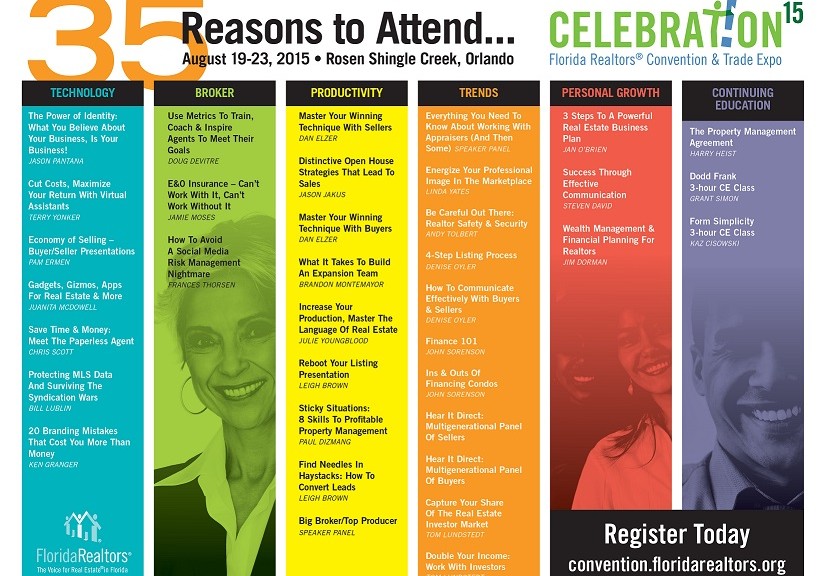 Florida Agency Network is giving you one more reason to attend  the 2015 Florida Realtors® Convention and Trade Expo! There are 36 reasons to attend.

The number one reason  is to get up to date on everything TRID before the new disclosures go into effect October 3. Stop by booth 625 – Get social with all of the agencies in the FAN network and enter to win an Apple Watch! 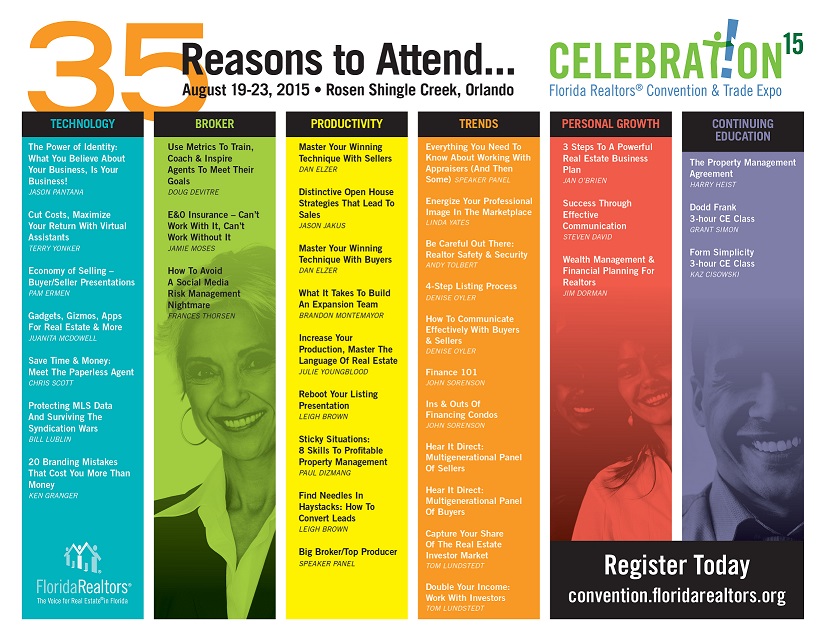 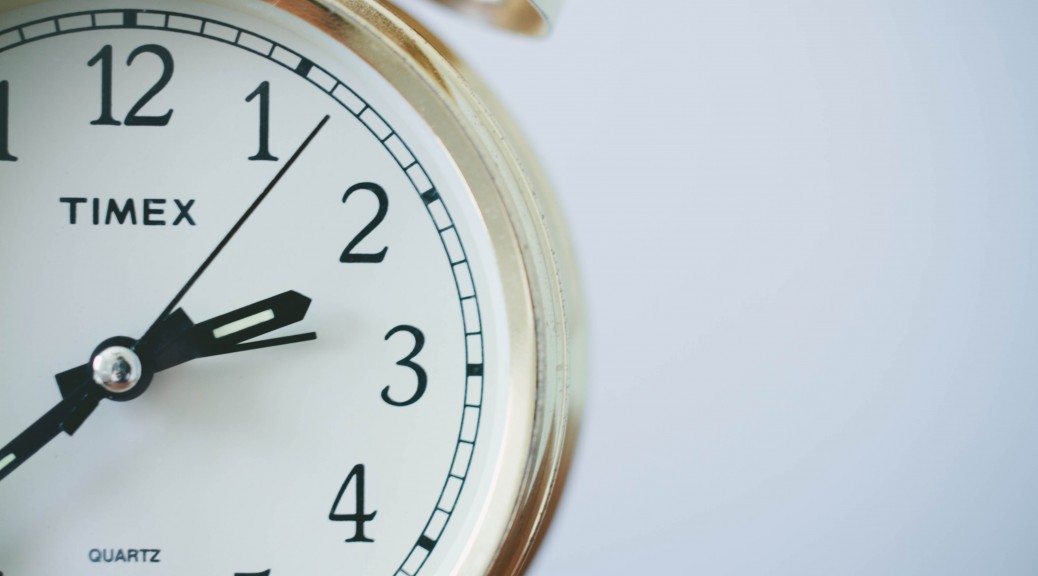 Here’s a full timeline of how we created the Loan Estimate and Closing Disclosure forms, part of our Know Before You Owe: Mortgages project. It’s a look back at our effort to make mortgage disclosures simpler and more effective, with the input of the people who will actually use them.

You can also return to the main page to view an interactive timeline.

The Dodd-Frank Wall Street Reform and Consumer Protection Act is signed into law.

The new law required the CFPB to combine the Truth in Lending and Real Estate Settlement Procedures Act disclosures.

The event brought together consumer advocates, industry, marketers, and more to discuss CFPB implementation of the combined disclosures.

Starting with the legal requirements and the consumer in mind, we began sketching prototype forms for testing.

Know Before You Owe opens online.

We posted the first two prototype loan estimates. We asked consumers and industry to examine them and tell us what worked and what didn’t. We repeated this process for several future rounds. Over the course of the next ten months, people submitted more than 27,000 comments.

We sat down with consumers, lenders, and brokers to examine the first set of loan estimate prototypes to test two different graphic design approaches.

Another round of closing cost tests, as we presented participants with one disclosure that had the two-column design from previous rounds and another that used new graphic presentations of the costs.

In this round, we presented closing costs in the itemized format and worked on a table that shows how payments change over time.

We began testing closing disclosures. Both designs included HUD-1-style numbering for closing details, but two different ways of presenting other costs and Truth in Lending information.

One form continued to use the HUD-1 style numbered closing cost details; the other was formatted more like the Loan Estimate, carrying over the Cash to Close table and no line numbers.

In this round, we settled on prototypes formatted like the Loan Estimate, but one included line numbers and the other didn’t. We also began testing the Loan Estimate with the Closing Disclosure.

Participants reviewed one Loan Estimate and one Closing Disclosure (with line numbers) to see how well they worked together.

A panel of representatives from the CFPB, the Small Business Administration (SBA), and the Office of Management and Budget (OMB) considered the potential impact of the proposals under consideration on small businesses that will provide the mortgage disclosures.

We meet with small businesses.

The panel met with small businesses and asked for their feedback on the impacts of various proposals the CFPB is considering. This feedback is summarized in the panel’s report.
(Note: Link to large PDF file.)

We conducted one final round of testing to confirm that some modifications from the last round work for consumers.

Proposal of the new rule.

The CFPB released a Notice of Proposed Rulemaking. The notice proposed a new rule to implement the combined mortgage disclosures and requested your comments on the proposal.

Comment period on most of the proposed rule closes.

Between the public comment period and other information for the record, the CFPB reviewed nearly 3,000 comments. These comments helped us improve the disclosures and the final rule.

We test Spanish language versions of the disclosures across the country.

With the help of Kleimann Communication Group, the contractor who helped us throughout the testing process, we conducted a quantitative study of the new forms with 858 consumers in 20 locations across the country. By nearly every measure, the study showed that the new forms offer a statistically significant improvement over the existing forms.

In response to comments, we developed and tested different versions of the disclosures for refinance loans, which we tested for three rounds. (In our last round, we tested a modification for both purchases and refinances.) We also did one more round of Spanish language testing for the refinance versions. The modified disclosures tested well and are the ones included in the final rule.

The CFPB issues a Final Rule. The final rule creates new integrated mortgage disclosures and details the requirements for using them. The rule is effective for mortgage applications received starting August 1, 2015.

The CFPB proposes a new effective date of October 3, 2015 for the Know Before You Owe mortgage disclosure rule.

The CFPB issues a final rule moving the effective date to October 3, 2015. 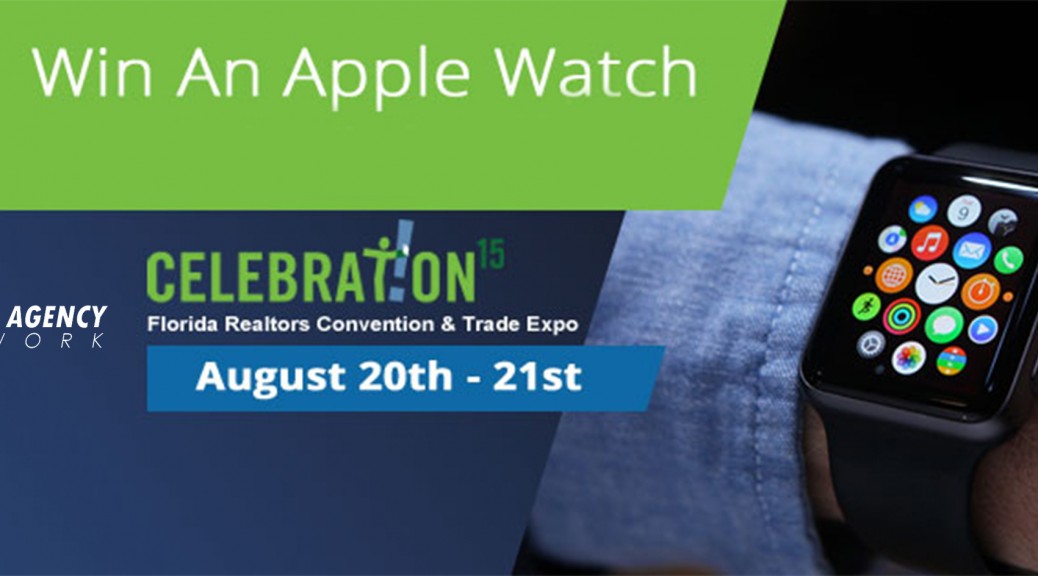 Come get social with us at booth 625 as we bid the HUD-1 farewell and cruise to the new disclosures.

Enter to win an Apple Watch!

Thank you for your upload