Contrary to Popular Opinion, the Sky is Not Falling…At Least, Not for Everyone 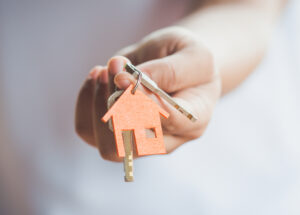 We can expect something on the order of $2.58 trillion dollars in overall mortgage origination in 2022, according to the most recent MBA forecast.

All things considered, especially knowing that the MBA’s latest forecast was reduced from its original forecast, a $2.6 trillion forecast, should it come to fruition, should have folks excited for the opportunity.

And yet, the headlines and conversations we’re seeing and hearing around the industry are far less positive. They have some reason to be—yes, we’re coming off of a $4.4 trillion year in 2021. This is an industry that bulks up its operations in high volume periods, so even if the expected decline takes us back to a historically positive overall volume, it’s still a decline, which means cost-cutting. Yes, this year will be a predominantly purchase market, which means more cost and labor per origination.

But it’s still a $2.6 trillion projection.

If anything, now will be the time when the well-prepared demonstrate their differentiators. Almost anyone can make money when the fish are jumping past the nets and straight into the boats. Now, however, lenders and REALTORS will be competing for purchase clients. They’ll have to prove their value to consumers to earn repeat or referral business…much less win new business. And while a lot of that will be based on the rate a lender can guarantee or the ability to negotiate the winning bid for agents, they’ll also be counting on their partners to make the process a smooth one for their customers.

And the title agencies that step up will have their stuff together. That means faster closings, because they’ve already automated their workflows and centralized their operations to eliminate redundancies, manual efforts and all-around wasted time. That means instantly responsive service. Not “a call back within 24 hours,” but instant, by way of technology for things like “when’s my closing?”

That means tight relationships with the other vendors and parties in the transaction, so that the inevitable wrinkle or two is ironed out long before it becomes a choke point in the march to closing.

And that means knowledge and expertise, nationally and locally, just in case this file is the one where the rare and unusual complication does pop up.

We’re just entering what could be a make-or-break market in 2022. For some, that $2.6 trillion will present opportunity and result in success. For others…well, they’ll really be cursing the purchase market. Odds are the brokerages, agents and lenders falling into the former category will be the same ones who’ve already prepared for what’s coming. And that will include relying on their very best service providers, rather than the also-rans.