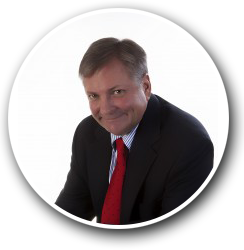 James T. Holloway | General Counsel – Jim was born in Gainesville, Florida, on August 5, 1960. He is a graduate of Gainesville High School. In 1983 he received a bachelor’s degree in liberal arts from the University of Florida. After graduation Jim joined his family’s roof truss manufacturing business and built single family homes. He started law school at the University of Florida College of Law in 1990 and graduated with honors in 1993. Immediately after graduation, Jim went to work for the Clayton, Johnston law firm also located in Gainesville. His practice areas at that firm included both real estate and civil litigation. While in Gainesville Jim served as the Vice President of the Eighth Circuit Young Lawyers Division and served on the Board of Directors of the Eighth Circuit Bar Association. In 1998 he moved to Tampa and joined the Alley & Ingram law firm. His practice focused on civil litigation and he became a partner in that firm in 2001. With a desire to get back to his real estate roots, in 2006 Jim joined Bayshore Title as in house counsel. While at Bayshore Title, Jim handled a wide variety of legal issues including one commercial transaction with a total value in excess of $60,000,000.00. Jim lives in Tampa with his wife Debbie and their two children, Hunter and Hannah. James G. Farr, Esq. | Chairman Emeritus – James Farr is originally from Orlando and has been in the Tampa Bay area since 1967. Mr. Farr has over thirty-eight years experience in the title services industry. It was from the training that he received while serving Chicago Title, that Mr. Farr and his staff became proficient in the handling of complex commercial real estate transactions as well as residential title services of all types and sizes. When Mr. Farr is not working, he enjoys hunting and fishing. Mike LaRosa, Esq. | Chief Operating Officer – LaRosa graduated from the University of Florida with both his Bachelor’s degree and Juris Doctor degree in 1998. In 1999, LaRosa began his title insurance career with First American Title as Associate Counsel at the company’s divisional headquarters in Tallahassee. By 2007 he had moved to Tampa to work with the Partnership Division and was later promoted to Florida State Agency Manager. When he’s not making waves in the title industry, LaRosa likes to spend time outdoors with his family or traveling, and he is a healthy-lifestyle/fitness enthusiast.